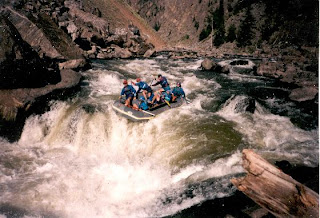 Rafting is coming soon to the rockies. We'll be planning our 3rd annual trip. Drop me a line if your interested. More details to follow soon.
Posted by Res Ipsa at 4/25/2007 03:52:00 PM No comments:

Try it. It works.

The Day They Kicked God out of the Schools 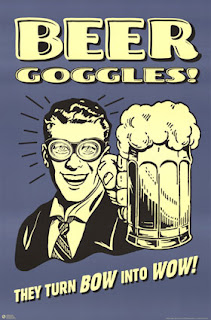 Beer 'stripped' off the shelves

A Belgian lager with a risque marketing strategy has been stripped from sale. Bottles of Rubbel Sexy Lager featured a picture of a woman with a removable swimsuit on the label. Drinkers could scratch her clothes off to leave her naked, reports Sky News.Alcohol industry regulator the Portman Group has ruled the name of the drink and the scantily-clad model could lead drinkers to associate the product with sexual success.

UM....I thought that was the entire point of drinking before you try to meet someone of the opposite sex. 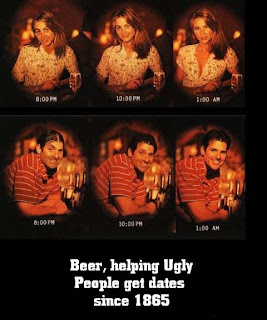 Why would he think calling black women “nappy headed hoes” was the cool, acceptable, and hip thing to do? Maybe its because the black Afro-American Community has been referring to its women as: “bitches”, “hoes”, “whores” and every term they can think of for dumb sperm receptacle; in their music, movies and art for the last 20 years. If a race/nationality can’t respect themselves, why would they expect other races to respect them?

It’s much easier to blame whitey than to clean up your own culture. 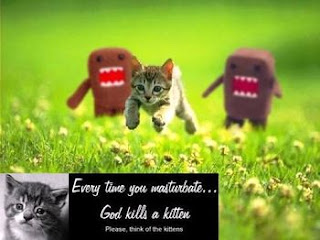 Where Credit is Due

It’s no secret that I regard GWB as a gigantic disappointment, along the lines of Judas Iscariot, when it comes to conservative principals. I am forced to admit that he or at least his SCOTUS appointments did play a significant role in upholding the ban on partial birth abortions. For that he gets some credit in my book.

Too bad he and the Republicans totally wasted 6 years of voter mandate on every other issue.

In VA this year, apparently there was a bill before the general assembly to allow concealed carry on college campuses. It died in committee. Too little, too late.

Safety is something you only have when you are willing to provide for it yourself.

Why doesn’t matter. Evil men are evil and they do bad things. Stopping them from doing evil takes resolve and resources.

The police can’t help if they’re not there. Even if they’re close by, it’s no guarantee they can respond, assess the situation and take appropriate action. This isn’t an indictment against the police. Even the best intentioned cop can’t be everywhere at once, nor can they save everyone.

The shooter at a minimum broke these laws:

41 broken laws that we know of, one more restrictive gun law would have accomplished nothing.

In they have guns in all the schools. An unarmed 76 year old Jew saved a bunch of kids. Then he died. Imagine if he had an Uzi.

I'm proud to be paying taxes in the United States. The only thing is, I could be just as proud for half the money.
Arthur Godfrey

I hope you paid as little as legally possible. I do mean pay. Its a darn shame and un-American to loan the government your money all year interest free. That said my little tax deduction came through for me, otherwise I would have been writing a check today.
Posted by Res Ipsa at 4/17/2007 04:27:00 PM No comments:

Xenophobic Rant of the Day, or How Qwest Sucks

Phone service at the Ipsa household is provided by Qwest. Normally they just over charge us for phone service by tacking on a ridiculous “distance fee” equal to about 50% of the total bill each month. This means I pay about 2 times more for the land line than I have anyplace else I’ve lived. The reason for the extra fee is I live soooooo far away from headquarters in that they have to charge extra to cover the cost of installing the phone lines. Never mind that Ma Bell installed the lines prior to the existence of Qwest or that they do precious little to upgrade them.

Not complaining, I enjoy the DSL service that I was able to get just 8 short months ago. The net is so much faster now that Hos doesn't type in all those little 1’s and 0’s on his telegraph. We’re so cutting edge, next thing you know, the post office will retire those poor horses.

Today the phone service crapped out. Not the DSL, just the ability to talk on the phone, no incoming or outgoing calls. Normally this would be a blessing. HOWEVER, the in-laws are visiting and not providing phone service is akin to not providing food, shelter, clothing, full time maid service and twice weekly trips to the spa. Not that I spring for that, I’m just saying.

The wife says, “You must call the phone company”. I says, “Yes dear”. Note to the single guys out there, after you say “I do” the only other two word phrase you need to know is “Yes dear”. So I use my cell to call the phone company. I get a recording. Typical. The recording tells me to use the Qwest web page to request a repair. If the phone doesn’t work why would the DSL? Morons. I check the internet. It’s working. I still don’t get it but OK. When in the Twilight Zone just go with it.

I can’t use the Qwest web page to request a repair unless I have my special customer number. Which I don’t have because, after paying my bill I foolishly throw away the only piece of paper that has that ever so special number on it. AHHHHHH!

I click the “contact us, you freakish little annoyance of a customer” link. They have other phone numbers. I start calling. You can’t get a live customer lack of service representative except for during business hours Monday to Friday (if at all but they claim to have them). I notice the Spanish language line has live customer service reps on Saturday. What the heck.

I speak just enough Spanish to order a beer, get my face slapped and point and say “how do you say this in Spanish”? No matter I call. Second ring I get a real live human being. Cool so far.

Her: “Blah blah blah” but in Spanish.
Me: “hey do you have anybody around that speaks English”?
Her: “Blah blah Espanish blah blah”.
Me: (while pointing AND gesturing) “I need someone who speaks English”.
Her: (in an accent reminiscent of ) “sir this is the Qwest customer service Spanish line”.
Me: “You speak English”?
Her: “Si, I mean yes, but I’m only supposed to speak Spanish”.
Me: “that’s ok I just need some help with my phone”.
Her: “I get in trouble if I don’t speak Spanish to the callers”.
Me: “can you help me get my phone fixed”?
Her: “blah, blah blah” but in Spanish and “EL CLICKO AMIGO!” but in English.
Me: “@$&%!!!*!*!” but in French.

Zeigen eins: This is AMERICA land of the free, home of the English speaking, although the Poms would likely argue that last part. reman being.reps on Saturday. have them).

Punto due: As an American I have a right to abysmally poor service in my native language of Ebonics or English as a second language, depending on the philosophic bent of the local public school system.

Sujet trois: Perhaps if we grew up and got over the self destructive idea that we need to celebrate diversity and that America is a giant salad bowel, people that want to live here might make the effort to assimilate into our (decadent, immoral, materialistic) culture, instead of destroying it (Allah be Praised!). In other words: we need to establish English as the official language and start kicking people out who don’t speak it instead of translating welfare application forms into Mexican.

Точка четыре: It occurs to me that I might get some hateful phone calls over this post. Good freaking luck! I still don’t have phone service so go ahead and call: (303) 331-1872

I think I’ve got the virus whipped. Posting should return shortly.

I’m glad to see and Doh-san are still around. Thanks for dropping by.