Republicans vs. Democrats at Christmas

Republicans say "Merry Christmas!"
Democrats rebuke them because they are marginalizing other religions

Republicans help the poor during the holidays by sending $50 to the Salvation Army.
Democrats help the poor by voting to increase welfare, by taxing the last few working republicans.

Democrats get back at the Republicans on their Christmas list by giving them fruitcakes.
Republicans re-wrap them and send them to in-laws.

Democrats let their kids open all the gifts on Christmas Eve.
Republicans make their kids wait until Christmas morning.

When toasting the holidays, Republicans ask for eggnog or mulled wine.
Democrats ask for a "Bud."

When not in stores, Republicans shop from a catalog or on line.
Democrats watch for "incredible TV offers" on late night television.

Democrats do much of their shopping at Target and Wal-Mart.
So do Republicans, but they don't admit it.

Republican parents have no problem buying toy guns for their kids.
Democrats refuse to do so.  That is why their kids pretend to shoot each other with dolls.

Republicans spends hundreds of dollars and hours of work decorating the yard with outdoor lights and Christmas displays.
Democrats save their time and money, and drive around at night to look at *other* people's lights.

Republicans always take the price tag off expensive gifts before wrapping.
Democrats also remove price tags off pricey gifts ...  and reposition them to make sure they are seen.

Republicans wear wide red ties and green sports jackets during the festive season.
Democrats do too, all year round.

Most Republicans try, at least once, enclosing indulgent, wretchedly maudlin form letters about their families in their Christmas cards.
Public ridicule from Democrats usually discourages them from doing it again.

Republicans see nothing wrong with letting their children play "Cowboys and Indians."
Democrats don't either, as long as the Indians win.

Democrat men like to watch football while the women fix holiday meals.
On this, Republicans are in full agreement.
Posted by Res Ipsa at 12/21/2011 09:59:00 AM No comments:

Scenes From a Thai Restaurant

I'm getting a new computer since my old one is dying.  In Wyoming this means going to the big city to pick it up, that or paying for shipping.  I used my day off to go to Casper.  For those of you who live in the city, you don't appreciate how big of a deal it is to "go to town".  Its true I live in a town, out side of it really, but in Wyoming going to town involves a long drive to a BIG city (50,000 population).  In other words its an all day big deal so you make the most of it.

You go out to eat in restaurants that you don't have at home and go shopping in places that you don't have back in your town.  So I dressed my in my best almost clean jeans, didn't shave for a couple of days, put on a big shirt (something might have been spilled on it) and left it untucked, to conceal my handgun, wore my ever stylish SEB hat and headed off to a restaurant I found on line, DSASUMO's.

Lunch was great and so was my conversation with the owner.  In fact if your ever in Casper drop in and give them a try.

As I was walking out, three females were walking in.  The trio looked to be a teenage girl, mom and grandma.  They were out spending the day shopping with the girls. Since I was going out and they were coming in, I did what was known in my youth as "holding a door for a lady" but what now is known as "oppressing liberated females who are just as good as any man, because of their reproductive organs, while perpetuating the patriarchy power structure".

The teenage girl (maybe about 14 to 16 years old) walked past me and remarked with sigh, "Well what was that all about?".  The oldest of the two women (maybe in her mid to late 70's) turned at her, and stuck her boney finger about an inch from her nose and said, "that's a gentleman, you don't see them much anymore and you'd be better off encouraging them when you do".

The elderly women then turned to me and  said, "I thank you sir, and I apologize for my granddaughter."

I don't know why I did it.  In fact I don't think I've done it a dozen times since I was taught to as part of a formal course in manners in 8th grade.  There was something in her tone of voice and maybe her slightly Can-Scottish accent that made it seem natural. I removed my hat, clicked my heels together and bowed in her direction in a traditional antebellum bow. (Think Rex Butler or the boy from Sound of Music)  I think, had she offered her hand, I might have actually kissed it. I thanked her for her thoughtfulness, made a minutes worth of small talk, recommended the roast duck salad (and I do it was wonderful). I remarked that it had been a pleasure to make her acquaintance, and I asked her permission to take my leave; which she granted.

I'm sure that Farmer Tom has fallen on the floor of his living room and Waterboy is suffering the after effects of snorting his scotch out his nose from laughing at the mental picture.  FT and WB have probably the best idea of how ridiculous a sight, I, a pudgy, middle age man, dressed more appropriate for elk camp having  a perfectly civil conversation in the doorway of a nice restaurant must have looked. The person most astonished however just stood there with her chin touching her chest.  I put my hat back on, tipped it to each of the laddies and simply said "madam",  "ma'am" and "miss" and walked through the door.  As the door was closing behind me, I heard the middle aged women say, "mother you know the most interesting people".  Followed by her reply, "nonsense I just met the gentleman" and  "Samantha Sue close your mouth you're gathering fly's".

Decorum.  Now if I could only get a handle on posture, penmanship and punctuality, I might actually pass myself off as a civilized person.
Posted by Res Ipsa at 12/19/2011 03:33:00 PM No comments:

I just finished my Christmas shopping.  All I have left to do is wrap.

Go ahead and hate me.   I understand. 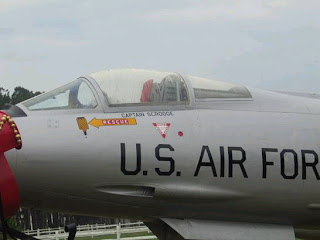 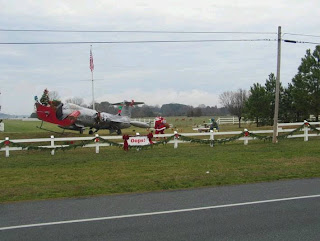 We buried a cowboy today.  Not a big city cowboy like you've seen on TV or the Nashville Now kind that people today seem to relate to.  We buried an honest to god, born on the prairie, lived on the prairie, drove cattle across the prairie,  broke horses, rode fence, drag; fought drought, nearly froze, burned up, and drowned on Wyoming's prairie, cowboy.  In 80 years of living he only left to go fight in Korea.  Then he came home and cow poked till he could get his own ranch and raise his own kids and cows the only way he could be proud of, on the prairie.

I don't get to Sundance very often any more.  When I do its not to visit old friends like I should.  It's for a shoot, or in an effort to make the best time possible getting to points east. Today I got up early after working last night so I could go to a church and sit.  I haven't been by the ranch in about 4 years.  Lately me and a buddy have talked about going by, but we never made it.  After the Alzheimers set in didn't seem like there was much of a point.  Which of course is what you tell yourself, but you know its a lie.  His wife could have used a hand, especially after the Alzheimers turned him so violent the family put him in a home.

That doesn't matter now.  Only the good times are talked about today, and there were lots.  I was thinking about writing that half the town showed up to pack the church for the funeral.  After doing some research, it looks like it was only a quarter. 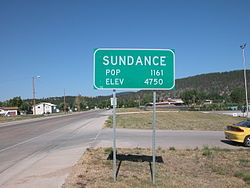 Sorry about the lack of posts.  I had a virus on the home computer.  It took me several days to get it cleaned off, but I seem to be OK now.  That's the good news.  Bad news is that it looks like after 7 years my PC is starting to die.  So Santa will likely be buying me a new PC this year.

Since I'm not a computer geek, and I'm a bit on the lazy side and don't want to spend 2 weeks researching which PC to buy, anyone have any suggestions?

The PC I have now is a HP.  Its was a middle of the road unit in terms of performance when I bought it.  I play the occasional PC based game but mostly I use this computer for email, blogging, Word and Excel work.  I have no idea what I need in terms of RAM etc or what the enhanced performance would do for me.  With that in mind what would you buy and why?
Posted by Res Ipsa at 12/11/2011 11:59:00 PM No comments: