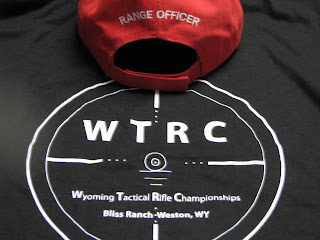 I love working this contest.  Its one of the very few true distance shooting contests were anyone who wants to play is allowed.  That means everyone from SEALS, SOG, RECON, RANGERS, the FED alphabet agencies, LEO snipers, and John Q Public is allowed to get on the course for 2 days of "sniper golf" followed by a day of team on team events involving handgun shooting, and head to head full auto fun.  In years past this has included other little excursions, like getting in a helio and engaging a seris of targets full speed just off the deck with full auto equipment.  Its not your normal bench rest match.

Because there is such a group of diverse and some still actively employed snipers in the bunch, some times guys don't like to give their names.  This is respected and those shooters never get their picture/name/ or other identifying info published.  It's considered good manners not to pry into such things.  The team gets to pick its moniker for the score board, so everybody knows who's who, even if some details are not readily available to the public.

As in years past I was able to RO for some of the words best shooters.  Including some fairly well published names in the gun industry.  Like this guy.  He's a great shooter and his school has been turning out great shooters for years.  I'll get back to Darrell later.  I also had another guy who had the most unusual ability to pick out 10in x 10in blue targets at extreme ranges.  He ID'd one such target at over 900 yards while walking at a brisk rate, incredibly the target was in deep shade.

This year we had a surprise team enter our little world.  It seems that two home schooled kids read about this long distance game on the Internet and wanted to give it a try.  Mom and dad said OK based on few conditions.  Number 1 they had to pay for all the gear, ammo etc themselves.  Number 2 they had to pay for the trip themselves.  Number 3 they had to get the contest organizers to sign off and say it was OK.  Approval was granted to join the shoot provided they met the same conditions as the other shooters.  This included having combat serviceable handguns.  At 16 your not allowed to own a hand gun in most states and your not allowed to transport them across state lines either.  This made condition #4 a part of the deal, they had to pay for mom and dad to come as well.

The boys built their own rigs, learned about ballistics, loading, ranging etc (talk about an education).  They showed up and did amazingly well.  On the second course of fire I was asked to step in and RO for them, which I did.  At the end of the course I was amazed at how relatively well they were doing.  However, they sorely lacked skills in the handgun department and had missed several easy shots.  Not surprising considering they just got the guns.  At the end of their shooting I asked them if they wanted some coaching, which I gave them.  Most of the pointers were along the lines of how to improve spotter/shooter communication, reading range conditions and how to shoot a hand gun.  They seemed eager to learn and thanked me.  I didn't see them again for the next two days.

Last night I was getting a briefing on scores and I learned that the home school boys turned in a great score.  It was good enough to get them a 5th place finish.  Apparently they picked it up a bit and finished well with the handguns, or at least well enough not to hurt their rifle scores too badly.  In other news, one of those teams, who didn't give us their real names, finished slightly not as good as the 16 year old boys who never did this sort of thing before.  If I recall correctly, both of the super secret, "can't tell you our names because we'd have to kill you" teams finished behind the 16 year old home schooled boys that never did this sort of thing before, and who had to scrape up and save all their own money for this last year to make home made rifles, and payed their own way.  One of those teams, finished dead last.  Just saying.

The guy I mentioned earlier, Darrell, did a classy thing.  At the last minute he donated a very expensive scholarship to attend his shooting school to which ever place the 16 year old finished.  I hope they take him up on it.  Next year they may very well have a better ranking if they do.  BTW team Holland finished 2nd over all.

I really enjoy this contest.  All the money above the pay out for prizes and contest expenses is given to America's Wounded Warriors Project.  While this shoot is by no means a charity event, they don't make a dime off it.  There were even two wounded warriors in attendance, one shot the course on his new prosthetic leg.  The other helped run the event.  If your even slighlty inclinded to like shooting, get a buddy and a bag full of ammo and start getting ready for next year.
Posted by Res Ipsa at 7/30/2012 02:43:00 PM No comments:

How do you prevent a massacre?

Officials said it is unlikely that Williams will be charged with a crime for attacking the teens because the shooting seemed justifiable.

FWIW.  By my count, grandpa was 2 seconds out of the holster with his first shot into the badguy.  It is possible the robber flinched from the sound but I'll assume it was a hit.  Total time for the old man to recognize and end the threat (by chasing all hostiles out of the cafe) 26 seconds.

Keeping it Cool with Coolidge


"I want the people of America to be able to work less for the government and more for themselves. I want them to have the rewards of their own industry-this is the chief meaning of freedom."

A great quote from a great American. Another way to look at it is, something Mitt Romney will never say, because he doesn't believe it.

Here is the whole speech.  Well worth the couple of miniutes needed to listen to it. Turn on the captions if you have a hard time hearing the audio.

Notice of discontinuation of service

JS-Kit, Haloscan and Echo Comments will be discontinued on October 1st, 2012.

As many of you know, in late 2010, Echo decided to shift our product strategy and start offering a real-time platform as opposed to strictly a commenting application. Since then, Echo has evolved our original commenting solution into a new business model that provides a real-time platform for social tv, social news, social music and social commerce. As such, we unfortunately can no longer commit to the level of support that you have come to expect on our original commenting product.
Today, we are announcing our decision to “end of life” the commenting widgets previously known as JS-Kit Comments, Haloscan, and Echo Comments. We will keep the service running for the next 6 months until it shuts down on October 1st, 2012. We will only be able to address password recovery related support questions and won't be able to respond to other inquiries.
If you have a recurring payment setup with your Paypal account, please log into your Paypal account now and cancel your Echo subscription. We will continue to have access to the service until October 1st, 2012.
Over the years, we had the chance to get to know many of you personally. We have been following your blog posts, helped the growth of your small businesses, your personal life events, your photography and other hobbies. We know that those comments collected over the years matter to you and we know that there are limited options to preserve them.
Best regards,
The Echo Team

To be honest my expectation  from your product has been rather low, and you've done a great job not meeting it.  This creates anoher problem, namely what to do after your gone.  Anyone have any other suggestions on what to replace Echo with?
Posted by Res Ipsa at 7/05/2012 03:26:00 PM No comments:

A fellow and his wife in Muskogee, Oklahoma, where the people are all patriots, were blessed with the birth of twins, two identical girls. These twins were born on the 4th of July, and the father, being patriotic, said to his wife, "We will name them Liberty and Justice, after the Pledge of Allegiance."


His wife said, "Are you nuts? You can't have girls going through life with names like Liberty and Justice. We're going to name them regular girl's names like Mary or Jane."


Well, the argument went on for about a month, when a compromise was reached. They would each name one of the girls. The man chose Liberty and the wife picked Elizabeth.


As the girls grew, they were so identical, they kept pulling tricks on people who couldn't tell them apart.

Well its fire season again.  Above average temps with lots of dryness create a tinderbox out of most of the west.  Fires are burning around me and the smoke was too bad to let the kids outside to play today.  It also got me out of some yard work, but not going outside is a major bummer if you're a kid.  I hope all is well for my friends here that are living in areas threatened by fires.  Waterboy and Astro, Have you had to deal with looters yet?  I understand it’s happening more frequently than the national news networks are reporting.
Posted by Res Ipsa at 7/02/2012 02:08:00 PM No comments: